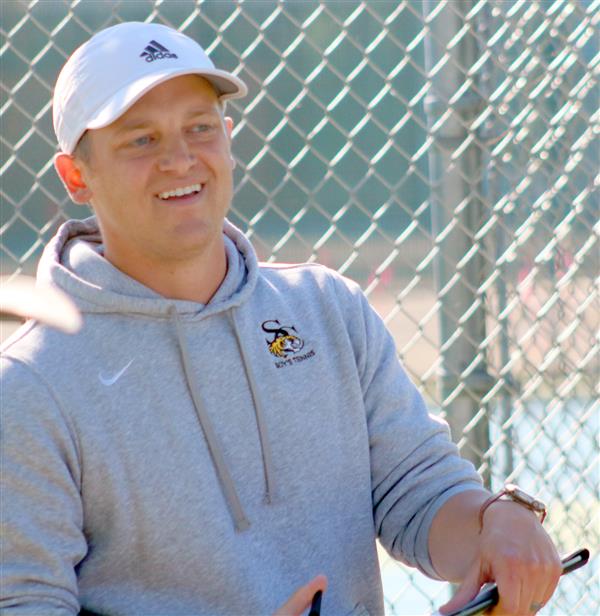 Coach Walters is in his fourth year of coaching boys tennis and teaching high school Project Lead the Way engineering courses. During his coaching career, the boys tennis program has grown and has demonstrated an overall rate of success. Coach Walters graduated from S-C in 2011 and played tennis all throughout high school.

“I coach to inspire my players to be respectable young men who passionately believe in themselves, have the integrity do the right thing when no one is watching, and to have the grit to faithfully stop at nothing to reach their goals.” – Coach Rush Walters

Coach Walters was the Central Missouri Activities Conference Boys Tennis Co-Coach of the Year for 2021.

Search
We weren't able to find anything that matched your search criteria. Please try a new search.
Copyright © 2002-2022 Blackboard, Inc. All rights reserved.