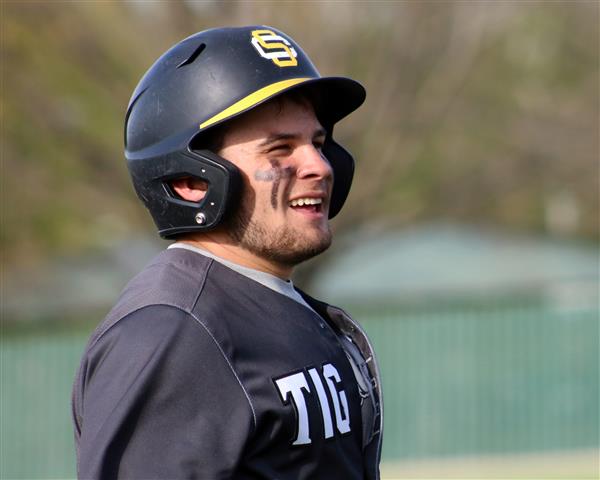 Throughout his four years at Smith-Cotton, McMullin was on the football and baseball teams, DECA, and show choir. He has been on the football and baseball teams and in show choir since freshman year. He also wrestled his freshman year. Outside of school, McMullin is active at First Christian Church, where he serves on the worship team; he also is an Eagle Scout.

Some of his accomplishments include maintaining a high GPA and being named Academic All-State for football, along with other athletic awards.

If he were to redo high school, McMullin would make smarter decisions and not get into as much trouble. What he would keep the same is the friends he made, classes he took, and stay involved in the same sports. He would miss his friends, sports, and playing football.

“I was able to be a starter for football and baseball. I was able to contribute to Smith-Cotton sports,” McMullin said.

McMullin’s favorite memories of Smith-Cotton are all the Homecoming and Courtwarming assemblies, when all the school came together to celebrate and support him and the rest of the Smith-Cotton Tigers.

The person who has influenced him was former Science teacher Chelsea Mattson.

“She encouraged me and she seemed to really care about her students,” he said.

After graduation, McMullin will attend State Fair Community College to play baseball, then plans to transfer to either University of Missouri or Texas Tech University in Lubbock, Texas, to major in Agribusiness Management.

McMullin offers some advice for the Smith-Cotton student body: Grades come first, stay out of trouble, and make good decisions.

“For the last three years, I looked up to seniors, being the oldest in the school, about to turn the page in their lives. It’s exciting to finally be one,” he added.